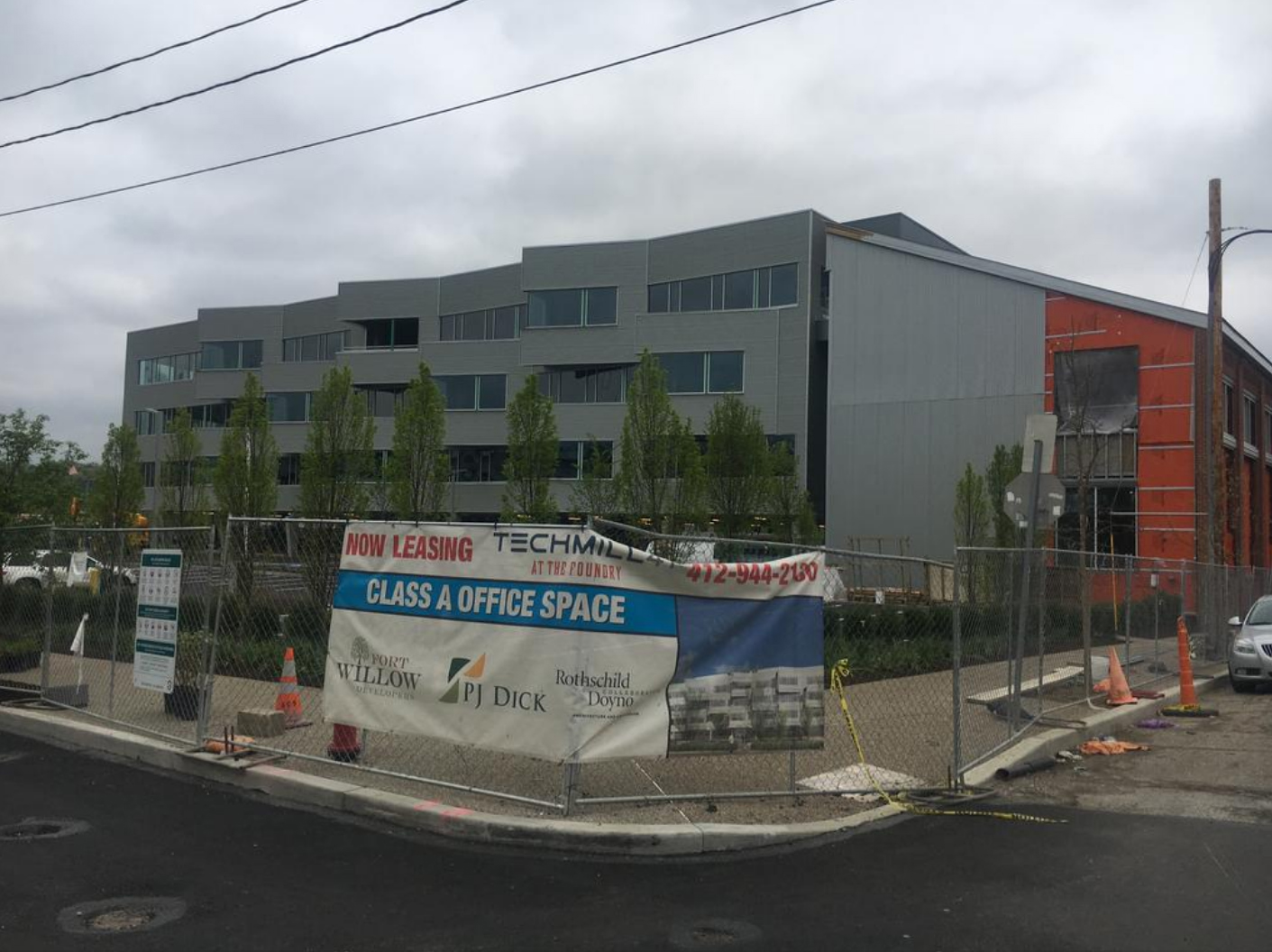 Fort Willow Developers has landed its first tenant for its speculative office development, TechMill 41 in Lawrenceville.

The Children’s Hospital of Pittsburgh Foundation has committed to taking 17,000 square feet on the new building’s third floor for a long-term lease.

Michael Downey, a vice president for Avison Young who represented the property along with colleague Brad Totten, confirmed the basic details but offered little further comment; nor did a spokeswoman for UPMC.

While a moving date remains unknown, the foundation will move out of its current offices within UPMC Children’s Hospital of Pittsburgh not far from the new office building in the Lawrenceville neighborhood.

Downey said to expect more leasing announcements regarding the project in the coming weeks.

The new office project was developed as a companion by Fort Willow to its neighboring apartment project, The Foundry at 41st.

Construction on the 73,500-square-foot office building, started last year, is now all but complete, except for the interior build out for the tenants.

The new building is next to the National Robotics Engineering Center amid a Robotics Row in Lawrenceville and Strip District experiencing a wave of new development to accommodate growing robotics and artificial intelligence companies.